Black History Month: Pioneers in Mental Health and our Commitment to Racial Justice 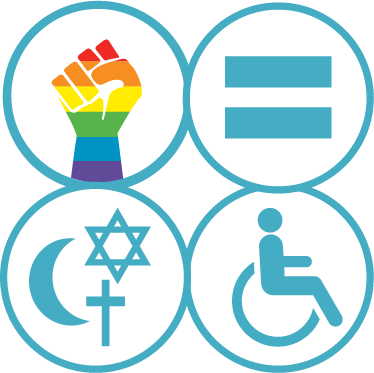 Black History Month is an opportunity for reflection, a time for consideration of the innumerable roles African Americans have played in the history of our country.  As we think about mental illness and the history of the American mental health system, we must first acknowledge our failures and attend to the change that is needed.  Rates of mental health issues are rising, with sharper rises in the Black communities across our country.

At The Ross Center, our recently formed Diversity, Equity and Inclusion Taskforce has developed a statement of inclusivity for the practice, to exemplify our ongoing commitment to reduce systemic racism.

The Ross Center is an equal opportunity organization, and does not discriminate on the basis of race, age, ethnicity, ancestry, national origin, disability, color, size, religion, gender, sexual orientation, marital status, or socioeconomic background. We are committed to providing an inclusive and welcoming environment for all patients and members of our staff.

Systemic racism, stigma and a multitude of other factors continue to be obstacles to getting mental health treatment to those who need it most.  As a country, we have to engage in conversations about the impact stigma and the trauma of systemic racism have had on the mental health of Black Americans.  We need funding and infrastructure in place to get treatment to those who are suffering, and to ensure that those seeking treatment can be seen by culturally competent therapists who understand their story.  The disparities must be addressed now and moving forward and the conversations need to be ongoing.

For inspiration, we look to those whose tremendous grit and fortitude broke barriers and paved the way for others to do the same. In the early 20th century, our country’s first African American psychiatrist and psychologist both began careers in mental health and made quite an impact despite the obstacles before them.

Solomon Carter Fuller, MD, was the grandchild of slaves who bought their freedom in Virginia.  Fuller was this country’s first African American psychiatrist.  He was the first psychiatrist to connect laboratory work with clinical work, and became most well-known for his research on the causes of Alzheimer’s disease.  Sadly, Fuller was unfairly compensated and not promoted as he deserved to be, retiring in part due to multiple discriminatory acts against him.  He has since been posthumously recognized and honored for his incredible contributions to our field.

Francis Cecil Sumner, PhD, was known as “The Father of Black Psychology”.  He was the first African American to receive a PhD in psychology, after being self-educated in elementary school, going to college at age 15 and graduating as valedictorian.  Despite being drafted and serving in World War I while in graduate school, he returned to complete his doctorate and to pursue several different areas of research.  His main focus was on the psychology of race and its contribution to the administration of justice, one of the first psychologists to look at that impact.  He too faced adversity in the form of discrimination, struggling for funding for which he was often overlooked due to the color of his skin.  Despite his struggles, he completed research on many topics and left quite a legacy in the field.