PTSD can be very disruptive, but effective treatment can improve your life. 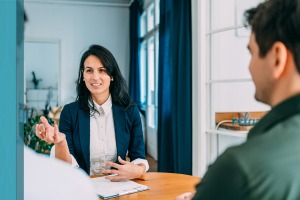 PTSD is the Response to Significant Trauma

Post-traumatic stress disorder, often called PTSD, can occur in people who have experienced or witnessed a natural disaster, serious accident, terrorist incident, sudden death of a loved one, war, violent personal assault such as rape, or other life-threatening events. While most people who experience such events recover from them, people with PTSD continue to be severely depressed and anxious for months or even years following the event. PTSD is diagnosed after a person experiences symptoms for at least one month following a traumatic event. However symptoms may not appear until several months or even years later.

The symptoms of PTSD can impact your ability to live a normal life.

Most patients who suffer from PTSD experience the following types of symptoms:

There is Hope for Recovery

At the Ross Center, your clinical team has experience in helping many patients live successfully without PTSD. We offer treatment that includes prolonged exposure in which you learn to face your memories and real life reminders of the trauma, until they no longer cause significant anxiety. With proper treatment, you’ll be able to rebuild self-confidence and minimize symptoms including sleeplessness and anxiety. We’ll help you to find new ways to cope and regain a sense of balance and hope.