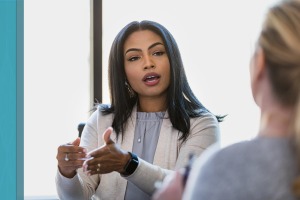 People with health anxiety have a preoccupation with the belief that they have or will soon develop a serious illness. If you tend to become overly preoccupied with worry about your health, and avoid situations which might triggering your anxiety, then you may be suffering from health anxiety. People with health anxiety will misinterpret normal bodily sensations, such as a headache, to mean that there is something seriously wrong. Similarly, they may hear about someone falling ill and then begin to scan their bodies for signs of similar illness, which often results in their finding some evidence to make them believe they will be getting sick soon.

Those with health anxiety will frequently reach out to medical professionals, yet their anxiety persists despite reassurance that nothing is wrong. Hours are spent researching medical conditions on the internet and undergoing multiple medical tests to make sure nothing is wrong. In contrast, some of those suffering with health anxiety will avoid routine medical procedures such as colonoscopy or mammogram, out of fear that something will be found. They might also avoid being in places where they will hear about the illness they fear, so they avoid medical buildings, hospitals, and TV programs that revolve around health care.

Cognitive behavior therapy (CBT) is very effective in helping you overcome health anxiety, and your Ross Center therapist will teach you to challenge your erroneous thoughts and minimize the need for reassurance. You’ll learn to live more comfortably with physical symptoms and uncertainty. When appropriate, medication can be used to facilitate improvement. You’ll learn strategies for responding more appropriately to your anxious reactions, and tools for managing health anxiety throughout your life. You don’t need to live with a catastrophic outlook – The Ross Center can help.